Back on the Market-

The penthouse at 145 Hudson Street was mind-

boggling enough when it hit the market for $45

Would anyone join me to view? -KM

Don’t miss “Pure Now” — a special art exhibit for First Wednesday in June featuring the work of Mimi Saltzman.  The artist’s reception will be June 6th from 6:30-8:30 and her work will be on exhibit until July 27. Please join us for an evening of thought-provoking art, refreshments and camaraderie.

Bill is passionate about real estate and has been involved in myriad aspects of the business throughout his life, including development & construction, sales & marketing, and degrees in design and business administration. 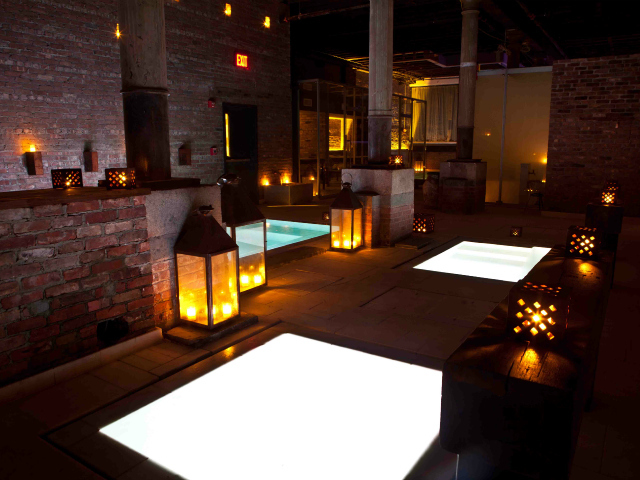 We had a big success of our First Wednesday!

Please j0in us for our next Art reception on June 6th!

Stay tuned for the details. -KM

Mother’s Day 2012 is on Sunday May 13, and it’s time to start shopping around for gifts in your favorite town TriBeCa! Gift of Health and Fun at Urban Athletics

Have a fun shopping! -KM

Katy Perry Is The One Who Got Away from Tribeca Duplex

Katy Perry‘s short-lived relationship with her 2BR/2BA duplex condo at 65 N. Moore Street is over, after ditching her marital home of less than two years following a public breakup with husband Russell Brand. Perry reportedly sold the residence to an undisclosed buyer for a little less than the ask of $2.75 million -KM

Another Stunning Deal in TriBeCa-I love this staff! -KM

First Wednesday is this week — See You There!

First Wednesday is this week — See You There!

An exhibit by Brian Josselyn

For this month’s Big City View exhibit, Brian painted the pieces live on the street to capture the unique intensity of a moment in the excitement that is New York City — don’t miss this show!  Hope to see you there.  -Bill Bone

Bill is passionate about real estate and has been involved in myriad aspects of the business throughout his life, including development & construction, sales & marketing, and degrees in design and business administration.

Just Scandinavian is having a closing sale-Hurry!!

Just Scandinavian is having a closing sale-Hurry!!

Just Scandinavian is having a closing sale-Hurry!! (161 Hudson Street)

Just Scandinavian (and Mostly Swedish, as I like to think of it) is closing its big, beautiful store at Hudson and Laight. “We’re looking for a smaller space, and we’d like to stay in the neighborhood,” says owner Ann Ljungberg. “In the meantime, we’re selling off as much as we can.

Duxiana—the Swedish company best known for its Dux beds—is moving its Flatiron store into this space.

And Duxiana will also sell its non-bed furniture in the new location; this will be the first time in years that Duxiana furniture will be available in the U.S. Below: Some Duxiana pieces.  -KM

We had another stunning turn out -First Wednesday April 4th.

Please join us next First Wednesday on May 2nd.  The details will be up shortly. -KM

••• “Developer Laurence Gluck is on somewhat of a winning streak. Just 11 months after a federal judge ruled the developer did not illegally deregulate apartments at his 1,328-unit Tribeca complex Independence Plaza at 80 North Moore Street, a state Appellate Court has followed suit, reversing an earlier ruling to the contrary.” —The Real Deal ••• “The Post hears there are multiple offers for the [Woolworth Building]—two for the entire building, and others for just the top of the tower. Plans to convert that portion of the building into two condos have already been approved once, so we wouldn’t be surprised if a new owner revived that idea (hint, hint). Either way, the $500M offers are a nice bump in value for the Cass Gilbert-designed building, which last sold for $137.5 million in 1998.” —Curbed

••• “Kerry Schuss, purveyor of KS Art on Leonard Street in Tribeca, is moving into Lisa Cooley’s old space on Orchard Street. Mr. Schuss, the gallerist who represents Sonic Youth band mates Thurston Moore and Kim Gordon as well as skater-journalist and artist Jocko Weyland, will open his first show at the Lower East Side space on April 14.” —Gallerist

••• The Blockheads in the World Financial Center closed. Ed’s Lobster Bar, Quality Burger, Fatty Snack and Casa Masa have reopened their kiosks on the WFC plaza. Pier 25′s Sweet Love Snack Bar is expected to open in the middle of the month. Harry’s Italian is still set to open in a week or so in Goldman Alley. —Broadsheet

••• “The peregrine falcons that have nested at a Financial District skyscraper for more than 15 years are gone. A male and female falcon started carving out a nest on a 14th-story ledge at 55 Water St. early this year, just as they do every winter, but the couple disappeared in mid-February before laying any eggs, said Frank Magnani, a vice president at New Water Street Corp., the building’s owner.” —DNAinfo

••• “Representatives from Major League Soccer on Thursday will make a presentation to a Hudson River Park Trust task force, whose members include community leaders and elected officials, about the possibility of putting a field on the rapidly deteriorating pier, sources familiar with meeting said. A spokesman for the trust declined comment, while a spokesman for the league didn’t return a call.” —Crain’s  -KM