Tomorrow will mark a milestone in New York history as the Freedom Tower a.k.a 4 World Trade Center, will open up and once again serve as a vibrant office district. However there are challenges ahead as the building’s developer has to fill approximately one million square feet of office space in the building. This comes in an area that has more than 6 million square feet of unleased office space left  by shrinking financial companies. [Picture taken from Curbed NY]

Wednesday, November 6 at 6:30pm
The Tribeca Team at Bond in New York, New York
posted by KM
Share
Tweet
Aside

The tricks & treats of Apartment Hunting

Not Only is Halloween around the corner but so is the rental season before the real NYC cold blows in. As renters scramble to find that cozy apartment with laundry in the building and a nearby train station, here are a few tricks of the trade to keep your search focused before the holiday season

1. Immediate Move in Date, No Problem – Most management companies and landlords will only have a 30 day notice before they know if the current tenant will not be renewing their lease. So do not fret if you only have a few weeks or days before you need to move out. Most times these groups of renters will find a better deal since they can move in as soon as the last tenant moves out.

2. Take your lunch to-go!- If your Realtor calls you to look at a just listed apartment, make sure you plan on viewing that apartment asap. Take your lunch break and check out that property since the best ones get rented the same day and sometimes even within a couple of hours. In a city as active as NYC you have to be ready to move fast and view property before anyone else can.

3. Always have a game plan- When you are using an agent, stick to one that understands your needs. This person will save you tons of leg work and frustration when searching and applying for the right apartment and will focus your search, finding you a place in a fraction of the time. If you choose to take on the hunt yourself, make sure you plan your viewing routes. Keep it down to no more than 3-4 great properties a day- after that they tend to all blend in. Have your paperwork ready including employment letter, tax returns & pay stubs. Have a top-five wants list and know that no apartment is perfect but you should be able to get at least 3 out of 5.

After November 15th, inventory levels do go down so there are less available apartments to choose from. On the upside, there is less competition and lower asking rentals, you may just need snow boots for the big move. Once you find your special space called home, take a deep breath, have a treat and enjoy all the wonderful opportunities that this great city has to offer!

Not surprising, living in New York and viewing endless apartments as a real estate agent, I have stumbled upon some of the most interesting spaces, rooms, and living quarters imaginable. (e.g. A bathtub in the kitchen) A lot can be learned about a person from the way they decide to fit, design and utilize their living space. I found Italian photographers Gabriele Galimberti and Edoardo Dilelle’s portrait series Mirrors and Windows very interesting in the way they draw insight into the lives of women across the world based on their intimate living spaces. Their purpose for the project came from what they call, an exploration of eccentric and conventional rooms that exist among an increasingly global standardization and IKEA aesthetics. “These bedrooms are the mirrors of the history, personality, culture, obsessions and social status of the girls that occupy them, but are also unique windows into these young women’s worlds.” [source MyModernMet.com]

I may not be in TriBeCa right now, but I’m still getting my real estate on. . . . 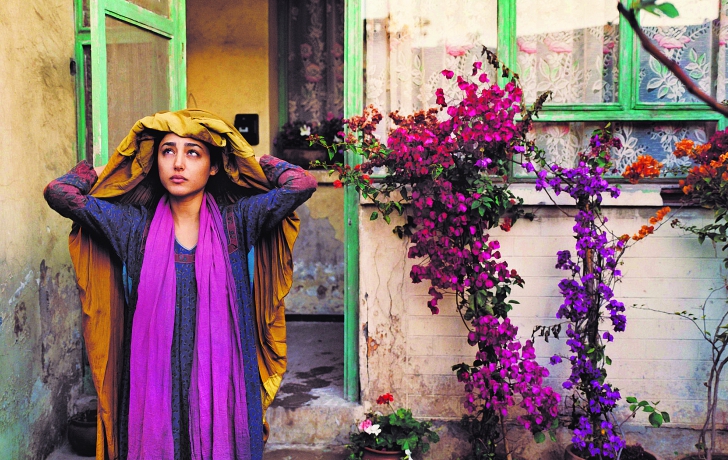 The Tribeca Film Festival returns this month for its 12th year, packed again with a whirlwind of screenings, talks and activ­ities. This year’s festival is notable for its foreign flavor—about half the movies come from outside the U.S.—and its introduction of new voices, with more first-time filmmakers than ever.

But what most distinguishes the festival, the programmers say, is the broad range of stories and the artful approaches to telling them.

In the past, critics have faulted the festival for its size and scope—too many venues, too many films and too little focus. The organizers have scaled back the number of movies—there are about 85 feature-length works and 60 shorts. Still, programmer Cara Cusumano said, “We didn’t want to lose that sense that this is a festival for New York, and New York is not just one community. So we want to have a film for all the audiences that we are entertaining.”

But for all their cultural diversity, Cusumano says, the American and foreign movies “seem to be in conversation with each other in a special way.”  Posted by KM

A place to connect with TriBeCa residents & business owners

“Iconic Images Near and Far”

An exhibit of photographic work by John Stuart

TriBeCa Group Raises $2000 for Rescuzilla through “Art For Animals” Event

The TriBeCa Group’s First Wednesday “Art for Animals” event has raised $2000 for Rescuzilla.

The event was a huge success and we are all thrilled with the results.  A huge THANK YOU to all of the artists who donated work and for all of you that came out in support of Rescuzilla and the puppies!

See you all at November’s First Wednesday featuring the art of  Ben Henderson!  See you all here on November 7th at 6:30!

The event will take place on October 3rd from 6:00-8:30 at BOND New York’s Tribeca office located at 25 Hudson Street.

The ‘Art for Animals’ event will feature the art of Anthony Collins, Melissa Davis, Montserrat Del Olmo, Stan Fine, Tesla Hatt, Nick Stavrides, Peter Zimmern and Rescuzilla’s own, Carolina Leon-Duarte, many of whom have exhibited at BOND in part art events held by the firm.

Every purchase of an art piece will bring beauty to one’s home and a home to a homeless animal.
BOND New York learned about Rescuzilla when agent Lora Dettinger began working with them after she lost her beloved dog Charlie to cancer.

Tribeca Group hosts “First Wednesdays” on the first Wednesday of every month which offers Tribeca business owners and residents the place to connect and socialize. BOND also invites local artists to exhibit their artwork monthly in their office and host an opening reception as a part of First Wednesdays.

Tribeca Group was organized by Director of Sales, Naomi Muramatsu, and consists of Bond’s six of the firm’s top agents: Bill Bone, Lora Dettinger, Shana Allen, Jeanine LeNy, Kay Moon, and Sebastian Lindenmyer who specialize in Tribeca and are dedicated to promoting the growth of the TriBeCa community through charitable contribution, education, and community activities.

The community is welcome to come into the BOND office to view the artists’ work anytime between 10:00 am-5:00pm to view the work.

About BOND New York :
www.BondNewYork.com Since its inception in 2000, Bond New York has evolved into a sales force of over 500 personnel in six state-of-the-art Manhattan offices making it Manhattan’s largest independently-owned firm. BOND New York has grown by consistently placing itself on the cutting edge of real estate brokerage and marketing. As a full service agency engaging in a thoroughly collaborative process of finding, selling or renting a home, BOND New York covers all New York neighborhoods for residential sales and leasing, commercial sales and leasing, new development marketing and corporate relocation.

About Rescuzilla:
www.Rescuzilla.com  Rescuzilla is a 501(c)3 Animal Rescue of NYC that works via Animal Care & Control to rescue, rehabilitate and re-home dogs from New York City’s overcrowded and underfunded shelter system. Rescuzilla was founded by Susan Cava in the hopes of putting a dent in the incomprehensible 4,000,000 dogs put to sleep each year simply because no one wanted them.

A place to connect with TriBeCa residents & business owners

A PHOTOGRAPHIC EXHIBITION by ANTHONY COLLINS

Anthony Collins is a New York City-based photographer. His commercial work has been published both nationally and internationally by outlets including The New York Times, The Financial Times of London and CNN Money.com.  His photographs have also appeared on NBC and the Fox Network.  As a Fine Artist, Anthony has had gallery shows in both TriBeCa and Hell’s Kitchen.  With over 15 years of experience, he has traveled with his camera to over 35 countries from the Arctic Circle to the Great Barrier Reef. He has also provided pro-bono photography for Habitat for Humanity – NYC for over a decade. He attended Rutger University College of Engineering.