Well, it may be a little too late, and I’m still not quite to sure how this one skipped my radar, but there is an epic show tonight at the Brookfield Place Waterfront Plaza.

2014 Jazzfest to be Held at Bogardus Garden this Sunday

The Friends of Bogardus Garden bring back Jazzfest this Sunday from 11 a.m. to 2 p.m. with great music along with cookie decorating and crafts for the kids.

Organizers have lined up three professional jazz trios, and crafts from the Church Street School for Music & Art.

Friends of Bogardus have been helping to spearhead a redesign of the park at the intersection of Hudson and West Broadway. The project has already raised over $2.4 million in public funds.

The Tribeca Team’s own Jacob Fine will be working the cookie table at the event this Sunday from 11:00 until noon, so stop by and say hi!

Via Screen Daily: The Tribeca Interactive & Interlude: A Music Film Challenge invites content creators to work with interactive video company Interlude to create a music film for Damon Albarn and other artists. Aloe Blacc and Ellie Goulding are also collaborating on the project, which begins on January 28.

Participants can create film to the following tracks: Heavy Seas Of Love from Albarn’s upcoming solo album, Ticking Bomb by Blacc and Dead In The Water by Goulding.

A jury will select finallists for each of the tracks and they will be aligned with Albarn’s official album campaign on Everyday Roots, Blacc’s Lift Your Spirit and Goulding’s Halcyon Days, respectively.

Winning filmmakers will each receive $10,000 and a trip to the festival. The films will screen at the Tribeca Film Festival, set to run from April 16-27.

Goodwin Louis and his axe

We can never get enough live jazz in Tribeca.

But the Tribeca Performing Arts Center will help remedy that next month, when it brings saxophonist Godwin Louis to its stage.

The show is part of a TPAC series presenting the top three winners of the Annual Thelonious Monk International Jazz Competition.

Louis, who plays the alto sax, is a graduate of the Berklee College of Music and The Thelonious Monk Institute of Jazz, where he studied and performed with legends including Herbie Hancock, Dee Dee Bridgewater, Clark Terry and Ron Carter.

Born in Harlem to Haitian parents, Louis spent part of his childhood in Port au Prince, and has been known to play some Haitian folk arrangements at past performances.

No word on whether that’ll take place at this show, but we can hope it does.

We’ll see you there!

I don’t know much, but I know I want to be at that show.

Neville and his quintet sold out their show at the Concert Hall at the NYSEC in Lincoln Square this summer, so you might want to grab those tickets while you still can.

Rather than basking in his past glories, the multiple Grammy award winner released a new album this year MY TRUE STORY to the acclaim of music critics. The album, which was co-produced by Rolling Stones guitarist Keith Richards, and features none other than Richards himself on guitar, lays down 12 classic doo-wop hits in Neville’s own distinctive style and unmistakable voice.

On it, he covers Little Anthony and the Imperials’ ‘Tears on my Pillow,’ and the Drifters’ ‘This Magic Moment.’

Neville said that those songs represent the soundtrack of his youth, but also underpinning of all the music he has made over the past decade.

“Anything I do has got some doo-wop in it. It’s just part of me – it’s the texture that I’m singing in, it’s the endings, it’s the harmonies,” Neville said.

So we’re hoping we get to hear some of those great songs in addition to Neville’s classics like Everybody Plays the Fool.
Neville moved to NYC in 2012 from his native New Orleans after marrying photographer Sarah Friedman following the destruction of his home in hurricane Katrina. The two settled into a two-bedroom penthouse at 63 East 9th Street in Greenwich Village with a large terrace overlooking the Grace Church.

In a newspaper interview earlier this year the soul singer said he’s loving life in NYC.

Chris Carrabba will grace the neighborhood with a show in support of the release of his new band’s self-titled EP “Twin Forks” next week, and we can’t wait!

The indie folk-quartet’s debut EP – which was released yesterday – represents a departure from the quirky, anti-folk stylings that earned him acclaim with Dashboard Confessional, and once you hear it, well, it won’t be easy to turn off.

We’re hoping that in addition to the EP’s five songs, we’ll also get to hear some Dashboard classics.

The new band features Suzie Zeldin on mandolin, Jonathan Clark on bass and Ben Homola on drums from lesser known bands such as the Narrative and Bad Books.

They will be playing Santos Party House on Tuesday, Sept. 24, at 7:30 pm with Matrimony and the band Bridges and Powerlines.

In a recent Billboard interview, Chris said: “I feel really, really lucky that I’ve got the opportunity to be in another band that I care about this much.”

So are we Chris, so are we.

Bring a blanket, a picnic and enjoy music under the summer sky in Washington Market Park at Greenwich and Duane streets. Concerts this year will be on June 13th and June 27th at 6 p.m.

Tribeca Will Have Fun. for Two (Maybe Three) Nights 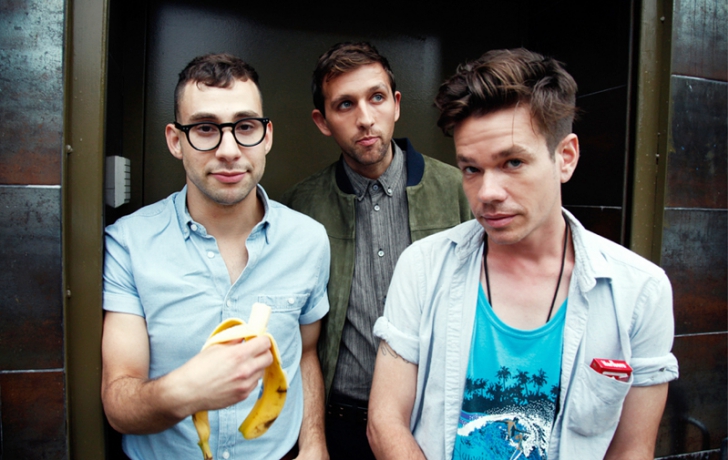 This summer, Tribeca may be having even more Fun.

The pop rock trio Fun. is scheduled to perform for two nights, not one as first announced, on Tribeca’s Pier 26, near Hubert Street. And that could go to a third night, said Hudson River Park Trust president Madelyn Wils.

“Normally, we’ll not have more than two concerts a week,” Wils said of the upcoming concert series on the pier. “We were just asked today whether we could book a third one for Fun. We’d like to do that. So, three nights of Fun.”

Wils spoke to Community Board 1′s Tribeca Committee on Monday, the day after the popular group walked away with Song of the Year (“We Are Young”) and Best New Artist at the Grammy Awards.

The Trust, in partnership with concert promoter Bowery Presents, is bringing Fun. to Pier 26 on July 23 and 24.

“We’re kind of thrilled because we ended up headlining with a Grammy award winner,” Wils told the committee. “Actually I didn’t know their music until I watched the Grammys last night.”

Things are getting genteel over atCosmopolitan Café: “Our guests and neighbors are cordially invited to a special concert ‘Les plus belles chansons corse,’ a unique guitar and vocal ensemble that features ancient chants from the island.”  Corsica. “It will take place in the secret room on Wednesday, May 2, at 7 p.m. Wine and cheese will be served.”