The Tribeca Team gets some heavy coverage in the Spring Issue of Residency NY magazine.

After years of supporting the local art scene we finally get our due recognition in the article Altruism, Art and Real Estate beginning on page 70. Click here to check it out.

You can also read Tribeca Team agent Jacob Fine’s take on the neighborhood’s real estate and his top picks for where to eat, lounge and shop on page 52 here.

Brooklyn Nets All-Star Paul Pierce and his wife, Julie, have just moved into a full-floor loft apartment in TriBeCa’s 90 Franklin St., the same building where Mariah Carey owns the penthouse. Pierce’s 5,000-square-foot, four-bedroom home, with 28 windows, was asking $35,000 a month and includes a woodburning fireplace.

Known as Franklin Tower, the 1915 building once served as the Corn Exchange Bank in 1930. The 18-story condo features a roof deck, gym and bike storage.

Posted by KM via NYP 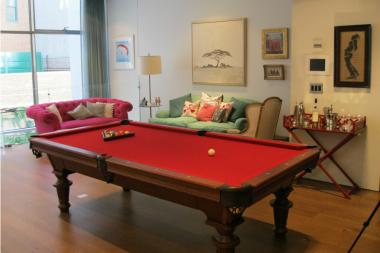 TRIBECA — New Yorkers can get a glimpse at how some of their wealthiest neighbors live on a tour of TriBeCa’s fanciest lofts next month.

The 14th Annual Inside Tribeca Loft Tour on Oct. 20 will feature 10 to 12 never-before-seen homes, including one with an indoor basketball court and another constructed from recycled materials such as old subway cars.

“This tour gives us a sneak peek of how these individuals live and decorate their homes,” said Jennifer McAllister-Nevins, a board member of Friends of Duane Park. “This is a real treat to view these never-before-seen homes.”

The $60 advance tickets for the tour will benefit the Friends of Duane Park and the money will go to the maintenance of the park and nearby Bogardus Garden and Plaza.

Posted by KM via DNAinfo 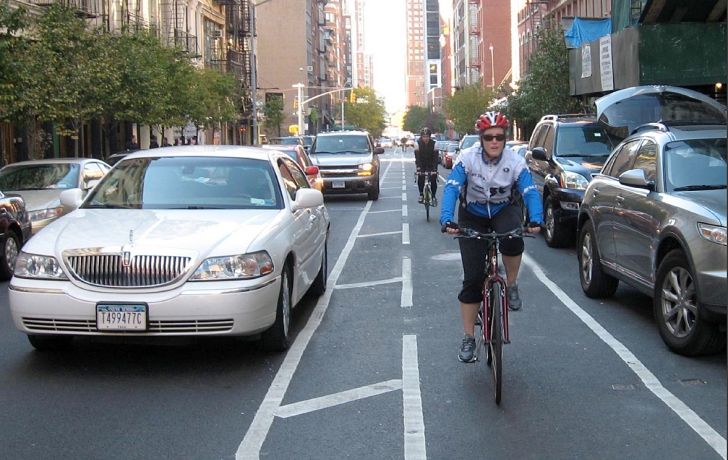 The city Department of Transportation’s proposal to put bike paths on West Broadway, Varick Street and Church Street in Tribeca was shot down last night in a Community Board 1 vote, prompting the agency to scrap its plan for the time being.

DOT spokesman Nicholas Mosquera confirmed to the Trib via e-mail Thursday afternoon that plans to add the lanes this month are now on hold. Acknowledging the 11-11 vote, with 14 abstentions, he said the agency “looks forward to discussing next steps with the board in September.”

The vote marked the board’s unwillingness to go along with a plan that would give cyclists an uninterrupted bike route between Warren Street and Union Square. The vote contradicted the majority opinion of the board’s Tribeca Committee, which approved the plan in a 6-2 vote last month.

“I assume that everyone who abstained knows that they’re voting ‘no’ and just not actually admitting it,” CB1’s Tribeca Committee chair Michael Connolly told the full board.

During his presentation at the July committee meeting, the DOT’s bicycle director Hayes Lord said that the agency would not implement the plan without the board’s approval. That plan included two types of bike lanes: a five-foot-wide, “buffered” path sandwiched between traffic and parking lanes and separated by three-foot wide painted street markings, and an “enhanced” lane shared with car lanes and designated as such with painted bike symbols. Read on…

Whoever the mystery individual is behind Weeumo LLC—the buyer, for $22,401,500 in 2008, of apartment #3420 at 101 Warren Street—he or she has thrown it all into the unit. Celeb designer Benjamin Noriega-Ortiz is responsible for the look of the place, which includes a 60-foot-wide living room on the lower level, a mudroom and pantry, and a 2,400-square-foot irrigated and landscaped wrap-around terrace. Of course, the asking price has also left 2008′s $22.4M in the dust: the owner now wants $35 million for the apartment. And the building’s gulf between rich and poor widens. Posted by KM via Curbed.

First Wednesdays are Back! AUG 7 – save the date

Well, sort of.  Fox News filmed us having a meeting at Edwards on West Broadway and used it in their piece about  sidewalk cafes and brunch. Can you spot us in the video?

A solo exhibit by Nick Stavrides

First Wednesdays Art for Animals – MAY 1